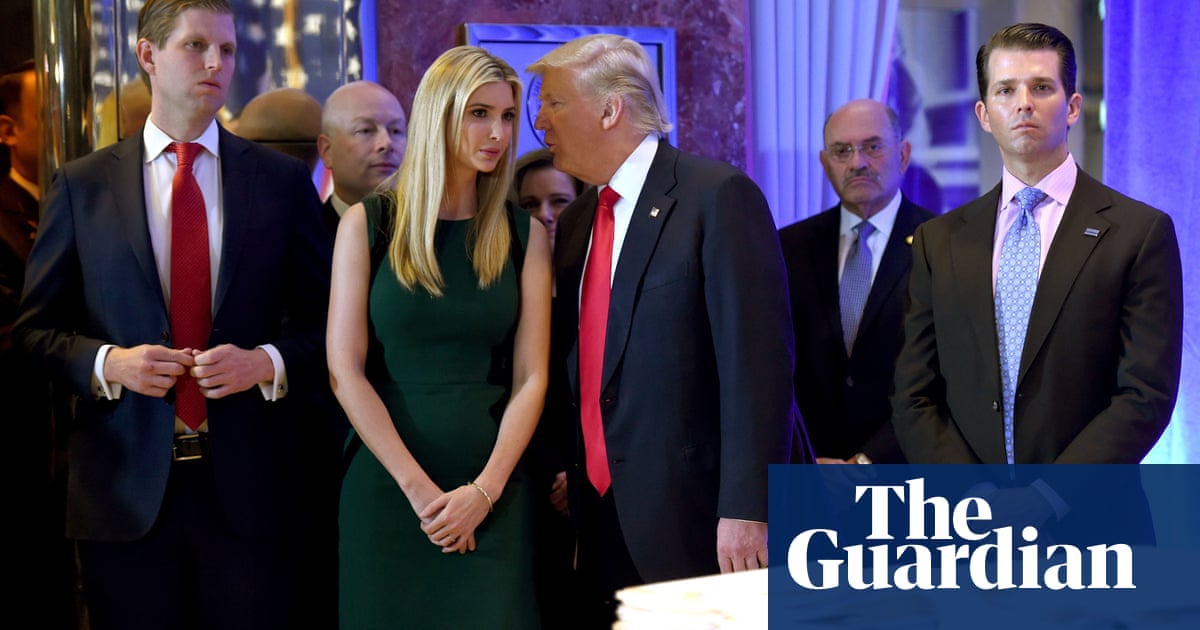 The Trump family carried out a coordinated White House charm offensive to persuade Anthony Kennedy, a swing vote on the supreme court, to retire and clear the way for Brett Kavanaugh, according to a forthcoming book.

Long before Trump ran for the White House, Justice Kennedys son, Justin, worked as an investment banker at Deutsche. Enrich describes how he developed a relationship with Trump, his daughter Ivanka and son-in-law Jared Kushner, helping to finance real-estate deals no other bank would touch because of Trumps record of failing to pay his debts to lenders, contractors and business partners.

Even Trumps friends would go to considerable lengths to avoid lending him money, Enrich writes, adding that virtually the only person who would loan money to Trump was his father, Fred, who is widely known to have repeatedly bailed out his son.

Dark Towers will be published on 18 February. The Guardian obtained a copy.

Justin Kennedy was part of the US branch of Deutsche Bank from 1998 to 2009. Drawn to Trumps risk-taking and glamour, he became a Trump confidant, sitting with the real estate impresario at the US Open tennis or in Manhattan nightclubs, and chaperoning huge loans to finance Trumps real estate spending sprees.

Kennedy, who ran the banks commercial real-estate team, continued to lend to Trump even though Deutsche clients had suffered severe losses when Trumps casino business collapsed and he declared bankruptcy.

After Kennedy set up his own finance and property firm in Florida, Enrich writes, he continued to help other members of the Trump family Ivanka, Kushner and Donald Trump Jr arrange financing for projects in New York. The New York Observer, which was owned by Kushner, put Kennedy on a list of the 100 most powerful people in New York real estate.

Once Trump was in office, he went out of his way to congratulate Justice Kennedy on his son, calling him a special guy and saying how much his own children loved him.

Trumps flattery, Enrich writes, was part of a coordinated White House charm offensive designed to persuade the ageing justice for years, the courts pivotal swing vote that it was safe to retire, even with an unpredictable man in the Oval Office.

Dark Towers describes how Ivanka Trump befriended the judge, sitting next to him at an inaugural lunch, regaling him with accounts of her close friendship with his son, then visiting the elder Kennedy at the supreme court, bringing her five year-old daughter to hear a case about arbitration agreements.

When Anthony Kennedy announced his retirement in June 2018, it gave Trump an opportunity to tip the court right with his nomination of Kavanaugh, in turn solidifying support among conservatives otherwise sceptical about Trumps character.

Trumps relationship with Deutsche Bank was much discussed during special counsel Robert Muellers investigation of Russian election interference and links between Trump and Moscow.

Enrich points to the separate relationships Deutsche Bank and Trump had with a Kremlin-linked Russian bank, VTB, suggesting: Perhaps this was more than a coincidence.

But he provides no direct evidence to support suspicions that funds supplied by Deutsche Bank to Trump over two decades came from Russian sources, and also notes that Deutsche executives deny any such direct financial relationship.

Rather, Enrich portrays the banks investments in Russia and in Trump as both being symptoms of a reckless investment culture and a pursuit of prestige, with insufficient checks from senior management and an outdated and fragmented computer data system.

Trumps supporters inside the bank have also argued he had a relatively low overall debt burden, and that his real estate purchases were fundamentally sound investments.

Justin Kennedy did not immediately reply to a request for comment.

In a statement, Deutsche Bank said: While elements of the narrative seem to be exaggerated to fit into a storyline, we have long acknowledged and sought to learn from our historical shortcomings.