Chinese startups were already struggling to raise money. The coronavirus may be the last straw 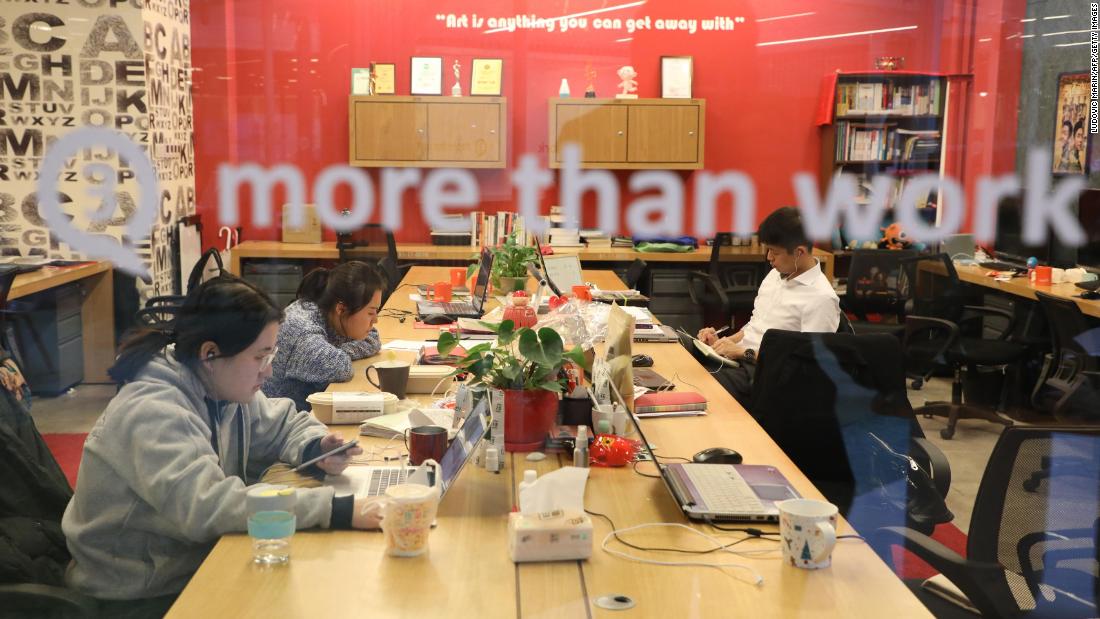 Hong Kong (CNN Business)China’s startups had a rough time last year because of an economic slowdown and giant flops that scared away investors. Now they’re having to dig deep and get creative to survive the coronavirus crisis that threatens to freeze activity during one of the most important funding periods of the year.

That’s bad news for many companies, which were already struggling to find funding during what came to be known last year as a “capital winter.”Firms in the region raised a collective $54 billion in venture capital in 2019, about half of what they raised in 2018.
“Covid-19 has been another challenge among a series of setbacks for China’s venture capital landscape,” said Alex Frederick, a venture capital analyst at PitchBook.

A bad situation made worse

Startups are important to China’s long-term economic ambitions. The country has leapfrogged the United States to become the world’s biggest hub for unicorns, or billion-dollar private companies. Venture capitalists are paying particular attention to technology firms, which could help bolster Beijing’s goal to become a global leader in artificial intelligence, electric cars and other areas. 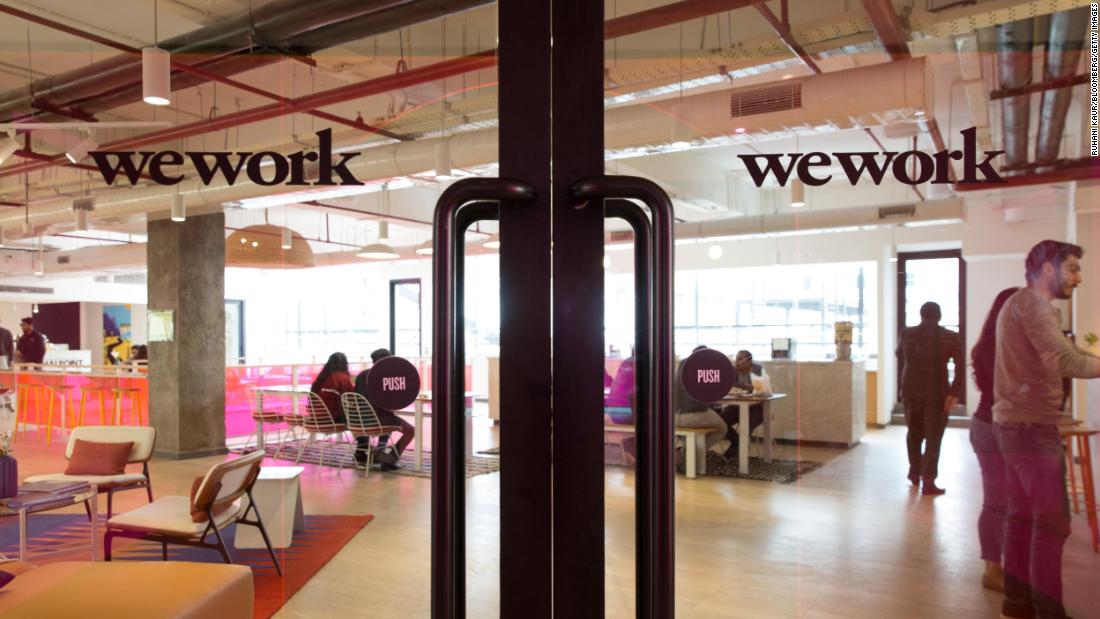 But many Chinese startups struggled to court investors last year. Economic activity in China slowed as the country contended with cooling domestic demand and a trade war with the United States.
Troubles at high-profile startups, meanwhile, have become cautionary tales for many investors. US office space provider WeWork’s initial public offering, for example, was notoriously shelved last year, while Chinese electric automaker Nio (NIO) has seen its stock crater 44% from a year ago to less than $3 a share as the company bleeds money.
The coronavirus could now deliver a fatal blow to companies not strong enough to weather the economic turmoil. Frederick said there is no perfect comparison to what startups are facing now, but he noted that the environment is similar to what companies faced during the Great Recession more than a decade ago.
“During the last recession, startups funded during the crises underwent longer periods between financings, and valuation step-ups declined considerably,” the analyst added. “Efforts to contain the coronavirus have led to an economic slowdown, and uncertainty around the severity and length of the slowdown is likely further exacerbating economic volatility.”

Gloom caused by the sudden economic shock has been palpable among entrepreneurs and investors, while fallout from the coronavirus pandemic feels inescapable, according to interviews CNN Business conducted with more than half a dozen people that are active in growing new companies.
The uninterrupted period between the Lunar New Year holiday and summer break is usually the time of year that startups use to lock down deals, said Oscar Ramos, managing director of Chinaccelerator, a startup incubator based in Shanghai.
Not this year. Instead, entrepreneurs are prioritizing more pressing matters: Cut costs. Draft a contingency plan. Reconsider expensive growth ambitions.
Before the outbreak, Hong Kong-based fintech startup MioTech had been working to expand in Singapore, said CEO Jason Tu. Now, it’s putting those arrangements on hold.
Tu told CNN Business that his team was “trying to save every penny” as its peers in the startup community battled to survive.
“I have quite a good number of startup friends who are about to close their doors,” he said. “Anything that relies heavily on supply chain, delivery or offline presence, are all busting right now.”
Even companies that have managed to snag large amounts of capital in recent months are reassessing their priorities.
Xpeng Motors, an electric automaker backed by Alibaba (BABA), raised $400 million last November, claiming one of the biggest funding rounds in China that quarter, according to PitchBook.
The company was looking at ways to tighten expenses before the outbreak, said Brian Gu, president of the Guangzhou-based startup. But the health crisis is forcing it to dig even deeper, he said, adding that Xpeng Motors is looking at which plans it can put on the back burner. It is also considering other ways to obtain capital, such as taking out bank loans or pursuing government subsidies.
Plans to meet in person with prospective investors have also been thrown out the window because of travel restrictions and city or nationwide lockdowns. 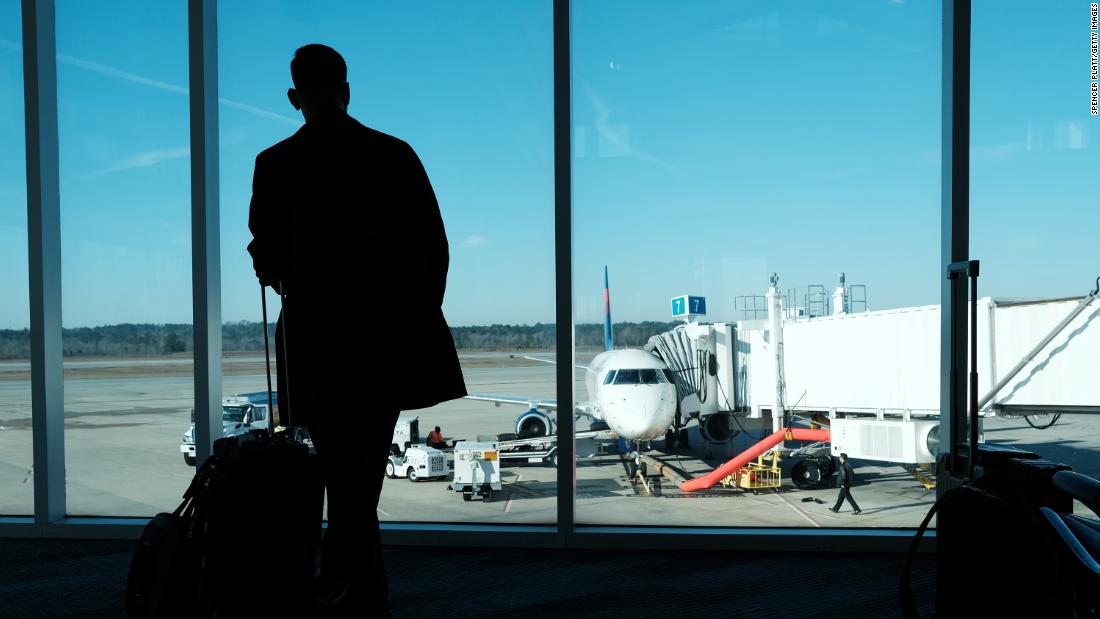 “Of course it is slower, because I can’t meet anyone,” said Edith Yeung, managing partner at the Silicon Valley venture firm Proof of Capital and an adviser at incubator 500 Startups. She typically spends about half the year in China, and has not been able to return to the country since the outbreak started.
Abel Zhao, CEO and co-founder of Hong Kong-based AI software firm TravelFlan, said he’s also experiencing complications while trying to obtain funding. His company — which deals with customer service for airlines, hotels and other vendors — is in talks to raise $12 million from venture capitalists in Beijing, but has been finding it tough to seal the deal.
“Two of the investors from China are basically saying, ‘You need to fly to Beijing to meet us before we can actually issue you the term sheet,'” Zhao said. “So I’m thinking, you know, should I just go and then just stay there until everything is over?”

Some companies have found workarounds, preventing activity from grinding to a complete halt.
Chinaccelerator’s Ramos, whose firm also runs a venture fund that focuses on early-stage startups, said his team had wrapped up more than 10 investments since the beginning of the virus outbreak, totaling about $2.1 million. He said several transactions were already in the works prior to the outbreak, while other deals were the result of personal referrals.
Entrepreneurs have also been pitching investors through video conferencing platform Zoom (ZM), with some even having virtual “happy hour” meetings to grab a beer and talk shop, Ramos added.
Zhao said he has taken to calling investors on Zoom weekly, trying to maintain face-to-face contact. “I need to make sure their interest remains high,” he explained. 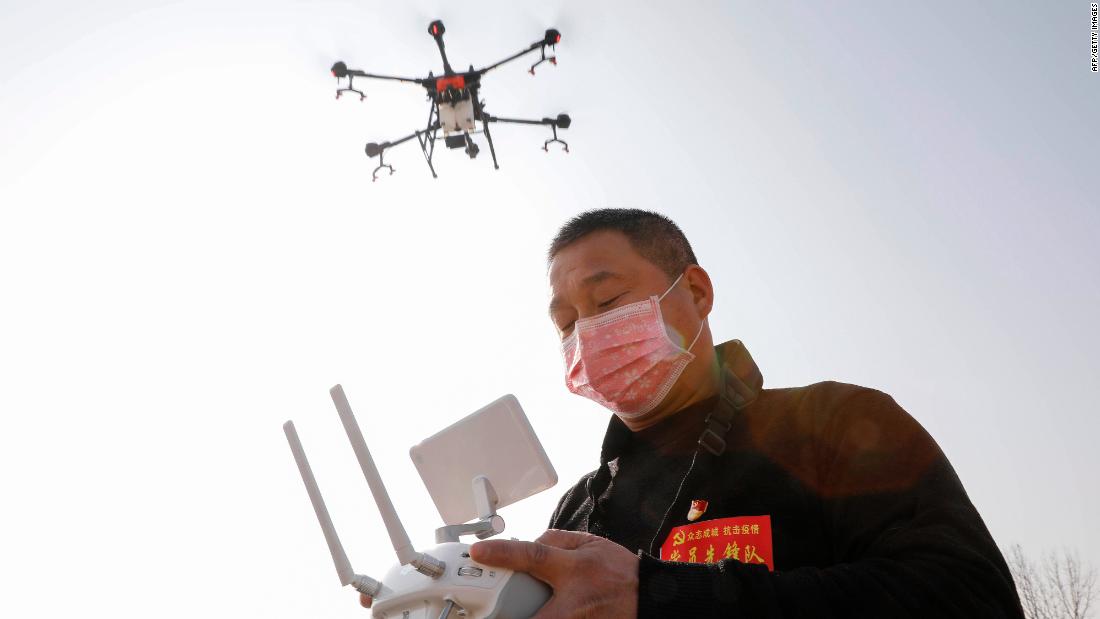 But there’s a limit to how much can be done online when millions of dollars are at stake.
“You can’t build a relationship without seeing each other,” said Yeung, the venture firm partner in Silicon Valley. “No matter how many Zoom calls you do. It’s just not the same.”
The due diligence process — what shareholders generally call the final vetting of a company’s background before closing a deal — is typically done in person.
But that is hard to do now, said Yeung, because that stage often includes visiting companies in person to assess the management culture and review financial statements.
Ramos acknowledged the difficulty in closing deals, but said his firm had been able to work around it so far. “Travel restrictions [and]office access restrictions are limiting due diligence,” he noted. “But that doesn’t mean investments are not happening.”
And things are expected to bounce back: Experts, including Frederick, the PitchBook analyst, anticipate a revival when the outbreak ends, predicting that investors will simply hold onto their capital and resume as normal as conditions improve.

Survival of the fittest

Even if there is an eventual rebound, entrepreneurs will likely have to enduresignificant hardship before that happens. Frederick noted that venture capitalists during the Great Recession more heavily scrutinized the financials of startups before taking the plunge to invest.
“Unprofitable startups reliant on VC funding fared the worst as funding dried up for those with high burn rates and unclear paths to profitability,” he said. “Those startups that were already profitable or those with low burn rates and clear paths to profitability fared best.”
Others said the outbreak is testing how strong the leadership is at many startups.
“If they didn’t prepare even for at least three to six months more of cash flow, and they have to raise now because they’re running out of cash, I really should not invest to begin with,” said Yeung, the Silicon Valley venture firm partner. 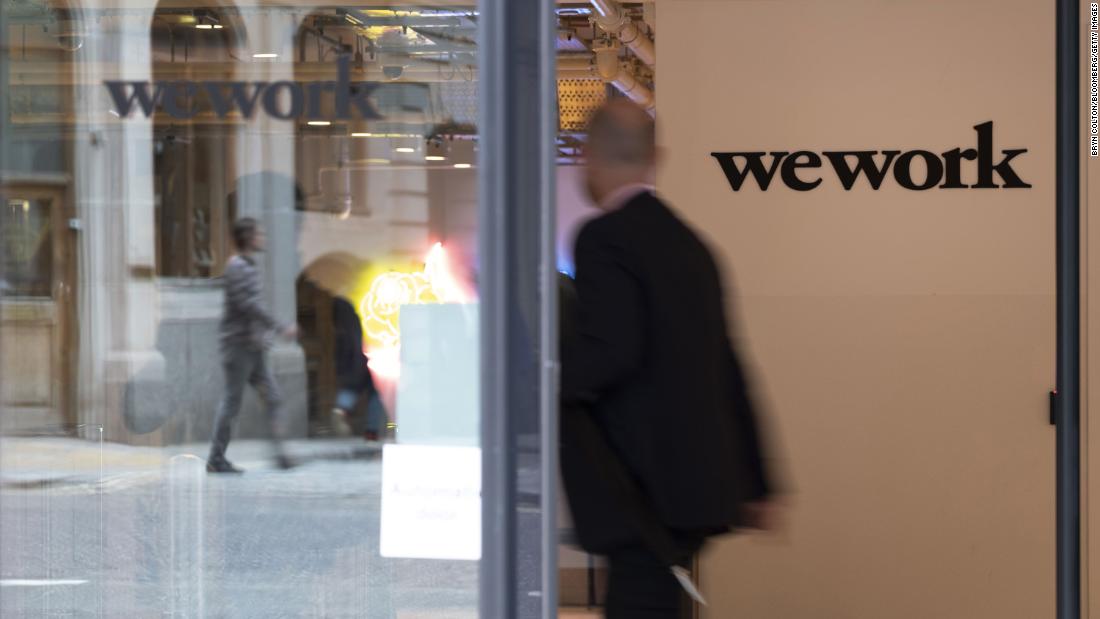 For companies like TravelFlan, the 2019 crisis was a wake-up call. Zhao acknowledged that he and his co-founder were forced to forgo salaries for more than a year, while other staffers went without pay for several months.
In light of those problems, he said, TravelFlan decided to rethink its entire business model by expanding its scope beyond travel to include other lifestyle service providers, and taking on major partners from other sectors, including Samsung and China Mobile. Eventually, it was able to secure an investmentfrom several venture firms, raising $7 million at a valuation of $27 million. 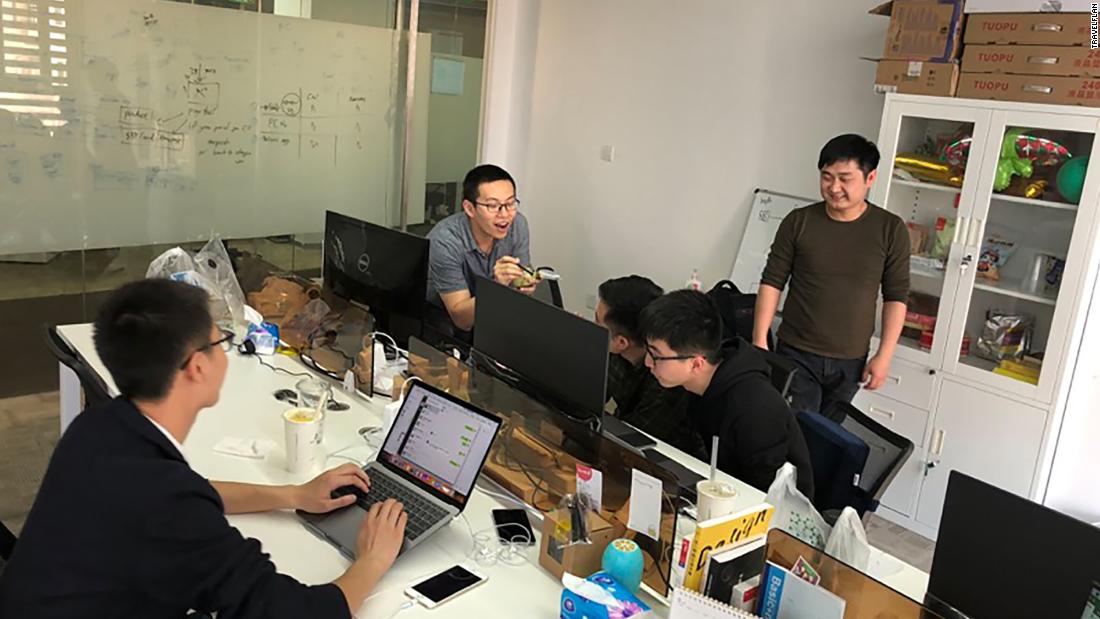 Zhao said that experience has put the team in a better position to weather the uncertainty now.
“If I did not go through all that, I’d probably still be operating the company the same way,” he added. “So all of these things happened to force myself, force my partner to look into the company rather than look outside at what investors wanted.”
Silicon Valley investment firm Sequoia Capital summed up the situation more starkly in an open letter to founders this month.
“In some ways, business mirrors biology,” the company wrote. “As Darwin surmised, those who survive ‘are not the strongest or the most intelligent, but the most adaptable to change.'”

Tags: Chinese startups were struggling. The coronavirus may be the last straw - CNNnewstech