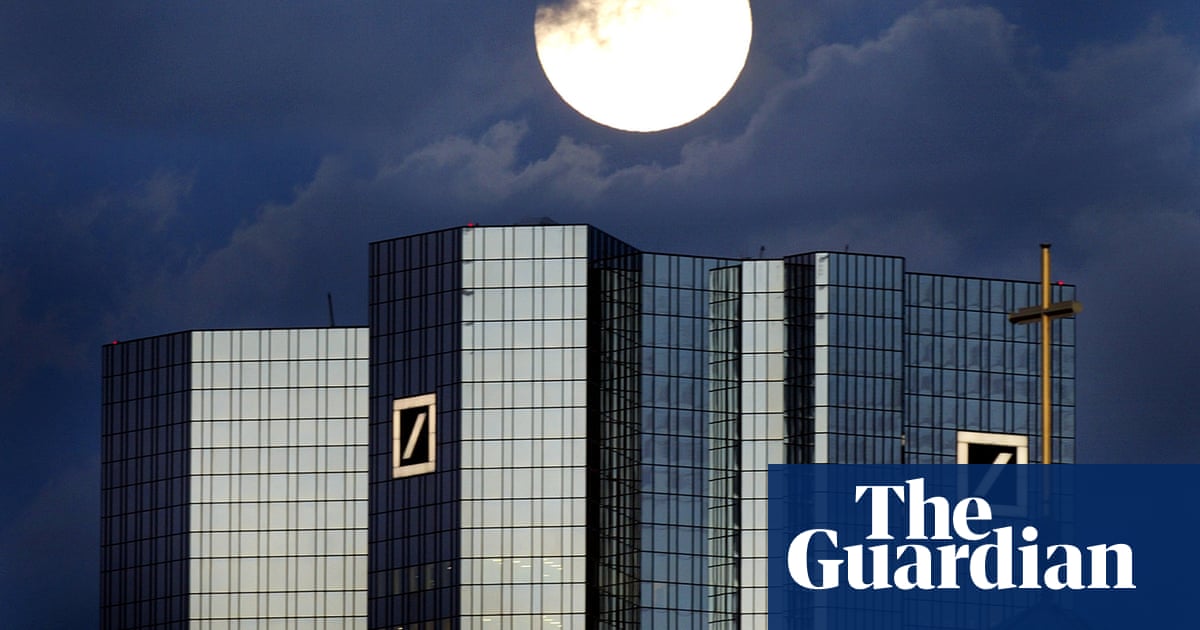 Steve Bannon, the brains behind Donald Trumps upset election victory, saw the danger posed by the cash cravings of the First Family. In Fire and Fury, Michael Wolff chronicled Bannon drawing a direct line between purported dark doings at Deutsche Bank and Jared Kushners brushes with the Mueller investigation: This is all about money laundering It goes through Deutsche Bank and all the Kushner shit.

But thats only half the story. Late last year, a federal appeals court sustained subpoenas issued by congressional committees to the German bank for Trumps financial records. Come June, the supreme court will probably rule on the enforceability of those demands together with other cases concerning Trumps tax returns just in time for political convention season. In other words, Deutsche remains relevant to the 2020 elections.

In Dark Towers: Deutsche Bank, Donald Trump, and an Epic Trail of Destruction, David Enrich delivers a master class in financial sleuthing. The New York Times financial editor follows the money, plows through paper and talks to dozens of people in the banks ecosystem. There are names, places and computer files. This is a first-rate read.

Dark Towers traces the banks arc from founding through the second world war to the present, excavates and analyzes Trumps relationship with his lender of last resort, and lays out the ties that bind Justin Kennedy, son of retired supreme court justice Anthony Kennedy, to the Trump family. In case anyone forgot, Brett Kavanaugh clerked for Kennedy pre, who interceded with Trump on Kavanaughs behalf.

Like a discordant melody that haunts disturbing lyrics, Dark Towers is woven with the life and the 2014 suicide of Bill Broeksmit, a former Deutsche executive. Broeksmit witnessed the banks growth, decline and brushes with the law. His death imparts to Enrichs book an air of mystery, crystalizing Deutsches descent and woes. The bank weighed on Broeksmit to the end.

He left an electronic paper trail. Val Broeksmit, his troubled son, found detailed information about what was going on deep inside the bank.

According to Enrich, there were minutes of board meetings. Financial plans. Indecipherable spreadsheets. Password-protected presentations. And evidence of his fathers misery.

In one email, the elder Broeksmit wrote: Hard to know how banks keep track of the hundreds of billions of dollars flowing through their pipes every day.

Sadly, Broeksmits death is not the only notable Deutsche suicide. Also in 2014, Charlie Gambino, an in-house bank lawyer, hanged himself at his home in Bay Ridge, Brooklyn. At the time, Gambino was attempting to navigate Deutsche through its Libor rate-fixing nightmare.

This past November, Tom Bowers, a banker who worked on Trumps account, killed himself. Bowers was an Enrich source with firsthand knowledge of the banks $640m loan on Trump International Hotel & Tower, Chicago.

Deutsche and its subsidiaries have faced an array of criminal and civil charges in the US and UK. Money laundering, Russia and rate-fixing played outsized roles. After the Guardian reported on Dark Towers, Deutsche issued a semi-oblique confession: While elements of the narrative seem to be exaggerated to fit into a storyline, we have long acknowledged and sought to learn from our historical shortcomings.

Going back in time, Deutsche was formed in 1870. It financed German industry. Think regional, not global. Along the way, it found the time to bankroll the Nazis and provide construction finance for Auschwitz.

With the fall of the Soviet Union it looked east as would the 45th president for new markets and opportunities. Among other things, the nexus between Deutsche, Trump and VTB, a Kremlin-favored bank, left House Democrats and Enrich puzzled. The author posits: Perhaps this was more than a coincidence.

According to the Mueller report, in the midst of Trumps bid for the Republican nomination Felix Sater, a Trump crony and former convict, repeatedly attempted to arrange for Michael Cohen, Trumps now-imprisoned personal lawyer, and candidate Trump, as representatives of the Trump Organization, to travel to Russia to meet with Russian government officials and possible financing partners.