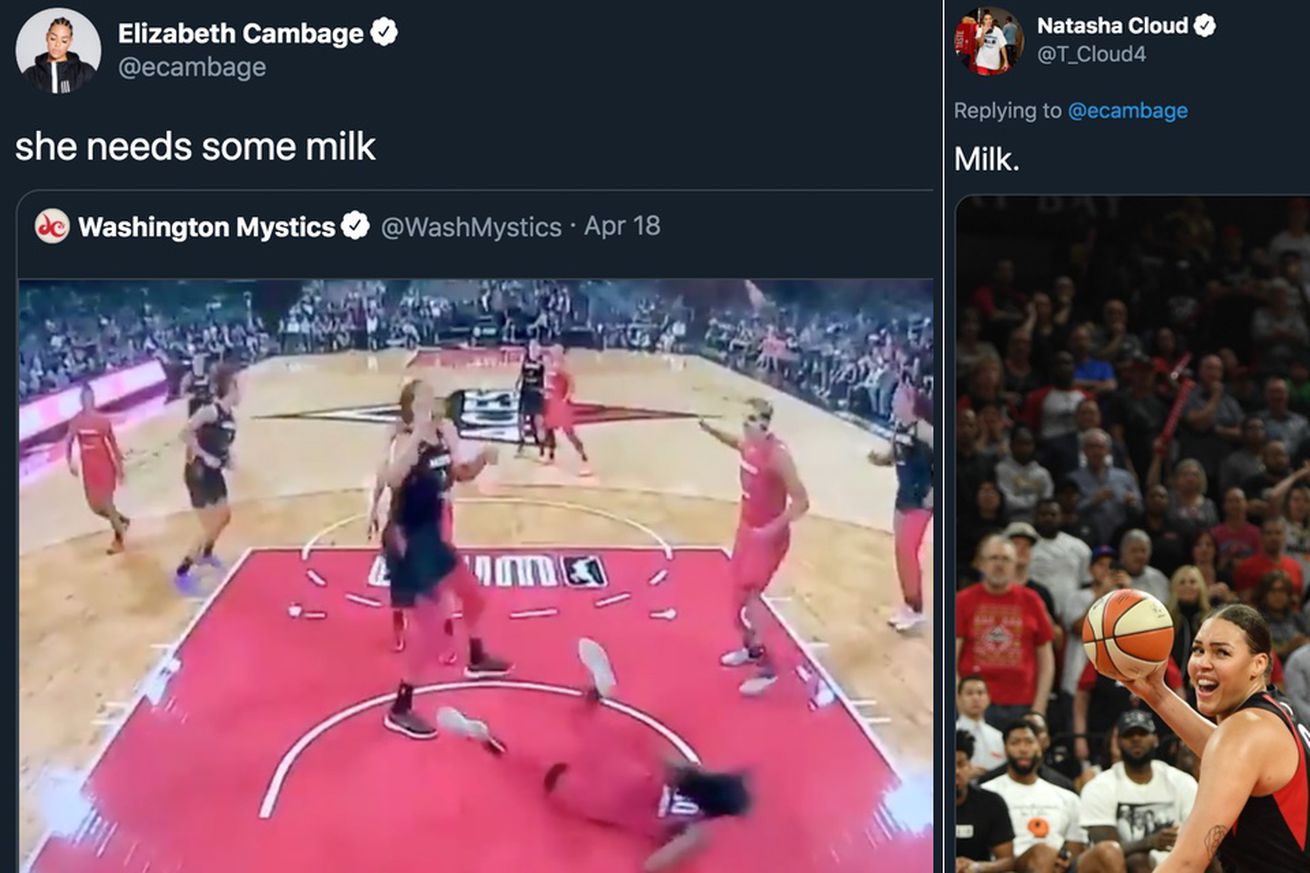 Semifinals beef from 2019 lives on.

The WNBA season is on hold, but the beef is not. On Sunday, Natasha Cloud dished at Liz Cambage on Twitter, and from halfway around the world, Cambage came swinging back.

Over the weekend, the Mystics’ heated semifinals win over the Las Vegas Aces from last season was re-aired, and the team passed its Twitter keys to point guard Cloud to commentate. One of her tweets led to an argument with Cambage about physicality, using metaphors including milk and prosecco.

What happened? Let’s just jump into it.

Here’s what started it all:

The refs whistled Cambage for pushing Sanders in the back, and Cloud took a video chanting “You can’t do that.”

Cambage is the queen of shit talk. We’ve known this. She loves to tell people how much stronger she is than them. She did this to ignite the playoff series last year, when she told the Mystics to “get in the weight room or get out of the post” after a Game 3 win.

So Cambage went at the Mystics, and Sanders specifically, on Sunday, saying “she needs some milk.”

she needs some milk https://t.co/8ANAn6tjyq

Cloud went to Google images and found something

“Who needs milk when you got Champagne?” the account tweeted.

Cambage got the final word in

I am floored by this entire back-and-forth partaking on a random quarantine Sunday, but thank you to all parties for providing entertainment.

I’m all the way on the other side of the world minding my own business, and y’all still can’t stop talking about me. I really be living rent free in all of y’alls heads

WNBA, if you’re watching, you have the power to make Mystics-Aces the first game of the next season, whenever that starts.